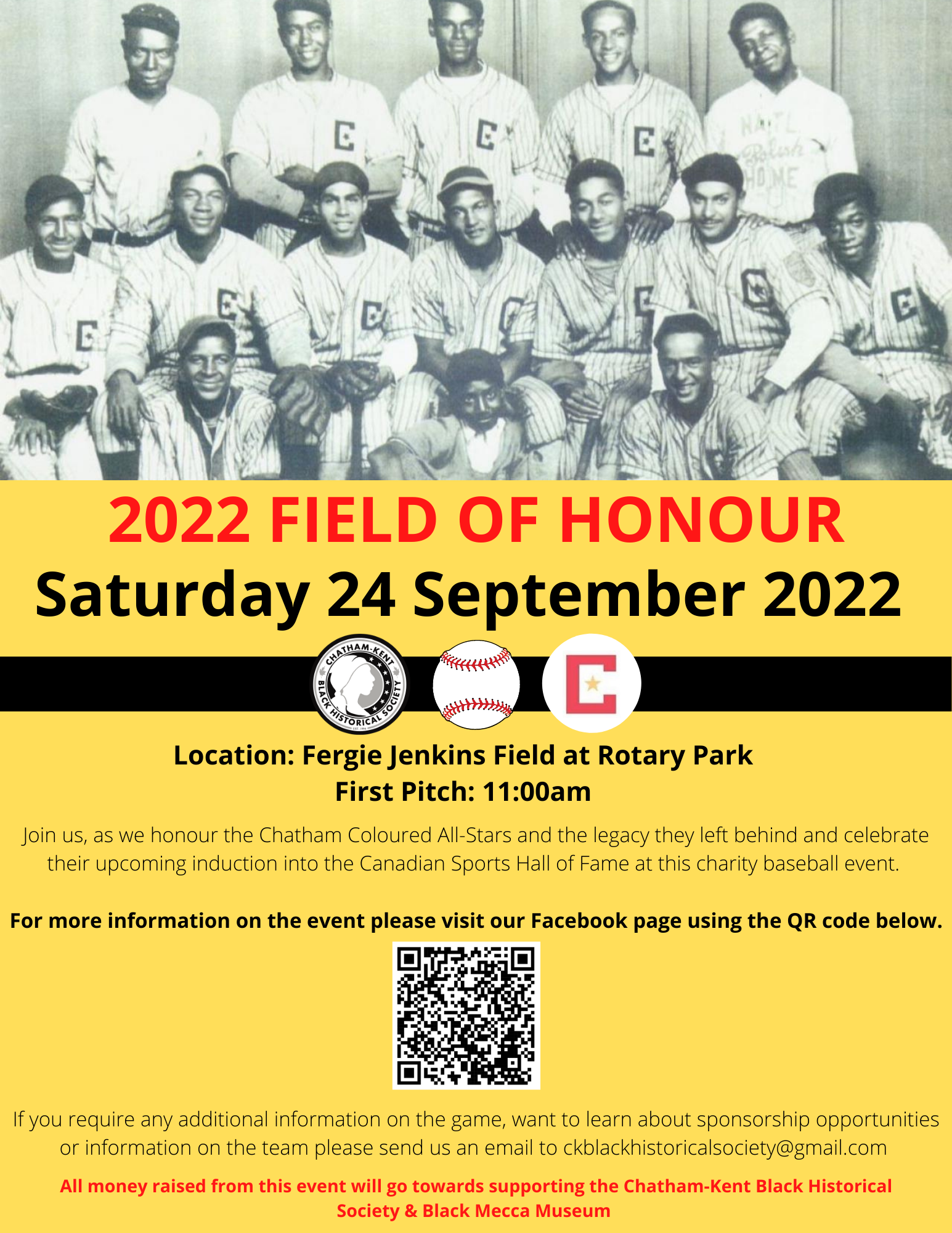 Descendants of the Chatham Coloured All-Stars baseball team will be competing against one another on the baseball diamond in honour of and to celebrate the legacy of this historic team.

The Chatham Coloured All-Stars, a group a Black men began playing together in 1932 in Chatham Ontario and soon joined the local league thanks to local business man, Archie Stirling. By the teams second year in the league they won the OBA Championship (1934) – the first time this Championship came to the city of Chatham. The team remained playing together until 1940 when afterwards many went on to fight for Canada in WWII.

Join us as we celebrate their legacy as the first Black team to win a provincial baseball championship, the barriers they broke and the pathway they made for Chatham-Kent’s Black community. This upcoming fall the team will be inducted into the Canadian Sports Hall of Fame.